THE PAGE IS UNDER CONSTRUCTION.

"Veteran dramatic soprano Gitta-Maria Sjöberg is a magnificent Kostelnicka. Her solid sound, capable of both beauty and real thrust, sails through the music's exceptional accuracy and technical know-how. Looking just right in her grey bun and severe black dress, she employs grand physical gestures only when absolutely suitable, otherwise accomplishing much through stillness and eloquent facial expression. Implacability, pride and finally vulnerability are all present in this remarkably complete portrayal. ---
...but Sjöberg is superior vocally to Silja, madrid's Deborah Polaski or Barcelona's Eva Marton. No Jenufa fan should settle for just on DVD, and I won't name a preference, but will simply say that I'm thrilled to see another strong contender entering this field."                                     Roger Pines


"Lady Macbeth of Mzensk" is about Catherine, a weary and love hungry merchant's wife who for passion's sake cheats and murder her husband. As punished and sent to a prison camp in Siberia - where she, in turn, also she is betrayed and takes her own life. An opera that is usually seen as one of 1900’s most blackened. And whose naked sex music, where violence and eroticism is always in an inextricable premix caused Stalin's wrath at a performance in Moscow 1936th. A rage that resulted in an editorial in the party organ Pravda who totally condemned Shostakovich's music.
A glance at the opera that persecuted it until now.

Sure, Gothenburg Opera Orchestra can under Thomas Sanderling’s leadership today sound like a wild runaway armored division, when the brass is now placed on a separate stand. But in Graham Vick staging, which moved the action to a modern-day Russia, where even the cry-hired women on death-watch reads Vogue, is done everything possible to eliminate Stalin's stigmatizing sight. For "Lady Macbeth of Mzensk” is also a work that is steeped in the feelings of a young composer who was head over heels in love. An opera that in one of its most agitated moments let Catherine tell her accomplice Sergei: "Kiss me so that my lips hurt, so the blood rush to my head and so the icons fall from the cupboards!"
Graham Vick and his team definitely seems to have become infected by this amoral impassioned tone as they now offer a performance of astonishing inventiveness that utilizes all technical possibilities of the big stage.
And which is so masterfully communicating that during long periods of time one forgets just thinking that it's an opera. An art that since long has made Vick one of the world's most sought-after opera directors.

Gitta-Maria Sjöberg’s Katarina also has a lightness and playfulness in her acting that challenges the role in a new way. She is a "player" who invites Pär Lindskogs Sergei, Mats Almgren Boris (her father) and all the others to a merry dance. And that turns luxury kitchen appliances at great places to fuck around on – until the milk literally squirting out of the overturned refrigerator. A brilliant design transverse to all conformist romantic dreams. Especially in the unforgettable scene when Catherine first put her dead husband in the trunk of his shiny white Volvo C70. And then invites Sergej on the car roof - to where, once again, make love to him and say this so strange vibrating phrase: "Now you're my man."
Said by a crazy passionate woman whose tragic fate in the final opera raises perhaps the worst jeers - from the modern era, which is no longer especially totalitarian, but who would rather protect their own inner emptiness than dare to love."
Martin Nyström - Dagens Nyheter

A big step for Malmö Opera
"Kostelnicka”, Gitta-Maria Sjöberg, who had seen and suffered all the world’s evilness but still struggling against and driven to the extreme of atrocities in the attempts to create a decent future for her step-daughter. It is absolutely one of the most consummate portrayals I've seen on an opera stage. And musically in the highest class. "
Lars-Erik Larsson, Skånskan November 21

Long awaited opera finally in Malmö
Matti Edén was at the premiere and delights, not least of Gitta-Maria Sjöberg's dynamic interpretation of the role of the stepmother
"The Opera's real leading role, Kostelnicka Buryjovka in Gitta-Maria Sjöberg's dynamic design. Sjöberg who made the Jenufa-role in Copenhagen, now gives the stepmother's soul-searching after the baby-murder a strong and sensible voice. "
Matti Edén, Evening Post November 21

Kostelnicka is a real star-role for Gitta-Maria Sjöberg, a loaded leap from the title role of Jenufa which she had previously done. Her development in the second act is thrilling.
Bo Löfvendahl, Swedish newspaper Svenska Dagbladet November 27

Everything for the family. Brilliant solo effort in bright honors drama
"A luminous soloist ensemble."
"How Gitta-Maria Sjöberg Kostelnicka and Erika Sunnegårdhs Jenufa meet and somehow change places with each other in what is the set absolute zero. After the murder, they sit together on the bare wooden floor, beaten, the only instrument a throbbing drum. From here, they rise, each to a strong and consistent role interpretation, Sjöberg in expressive dying maturity."
Sara Norling, Dagens Nyheter (Today's News) November 21


Dark drama shines on stage
"Add the composer named Leos Janácek and the world's leading soloists Gitta-Maria Sjöberg and Erika Sunnegårdh, not to mention the internationally distinguished Irish director Orpha Phelan, there is every reason to defy any possible skepticism."

Especially Sjöberg impresses on stage. With her dramatic and vocal power she gives her tormented character a depth that touches you."
Martin Lagerholm, Ystad Allehanda November 23


Opera Master without empty phrases
"And as the crown over it all, Gitta-Maria Sjöberg in black, with the authority’s bite in both voice and expression."
Carlhåkan Larsén, Sydsvenskan November 21

CD: Verdi & Puccini Aries
"Gitta-Maria Sjöberg is not a newcomer. The Swedish soprano has an almost twenty-year-long career behind her, crowned by awards and acclaim, but this is her first recital record, one which showcases her best qualities and places her among the best lirico-spinto sopranos currently active."
Richard Nicholson - Classical Source
Read the review

A little about me

I am a Swedish born soprano, educated in Denmark and soloist at the Royal Opera in Copenhagen. I have a full and busy carrier at operahouses around in Europe, USA, South-America and Asia.

I am married to the composer and singer Matti Borg and the mother of Markus Borg. Read more 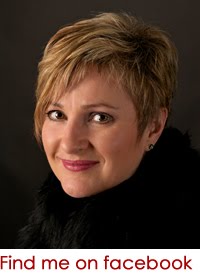 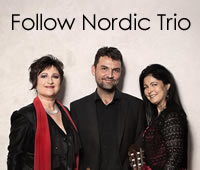